For those that are not already aware, the new TPD regulations have now come into effect as of the 19th November, and will effect many vapers habits all over the UK.

The 2 biggest changes that will change the way we have been vaping, is the nicotine strength and the flavours themselves, due to the extremely high cost the MHRA have set, to having the e liquids tested to TPD standards.

The costs to have each strength and flavour tested is several thousand pounds, so basically to sell a particular flavour for instance in 6mg, 12mg and 18mg would result in three individual costs, times that by the amount of flavours on today’s market place, runs the total costs to millions of pounds.

It is predicated that many companies in the industry will go bust, either by not being able to afford the costs involved, or simply by not having e liquids capable of passing the quality set by the MHRA, to meet TPD standards.

We at Ezee-Quit are not only backed up by Hangsen ‘The worlds biggest e liquid manufacturer’ but also by one of the biggest pharmaceutical packaging facilities in the U.K. that has held a MHRA GMP licence for over 15 years.

Because of the backing from these 2 great companies, Ezee-Quit are proud to announce that we will still be around during these hard times ahead.

Obviously due to the costs involved, we have had to reduce the amount of flavours that we sell at the moment, as to cover all the flavours in our range would not be cost effective.

The new regulations state that we can still sell non TPD compliant stock until May 2017, so many flavours will still be around for awhile, as we have purchased over 300,000 bottles to reach us before the 19th November deadline, after this date we can no longer purchase non compliant liquids.

Also included in the order arriving, will be 24mg liquids… as of the 19th November only bottles that are already in stock can be sold legally until May 2017, once they have run out of stock, they won’t be available to buy, sadly when stocks run out that will be the end of them. Thanks again to the MHRA, who have completely banned the sale of 24mg.

The flavours that will remain at Ezee-Quit are included below.

10 new flavours we have had tested and registered will be added from our U.K. Supplier in 70PG / 30VG, to run alongside the flavours above. These will be added to our website in the next few days.

All flavours will remain, available in 3mg & 6mg

Hopefully customers who find their regular flavours not in the list, and once existing stocks run out, will hopefully be able to find an alternative from our range of flavours that will be staying. 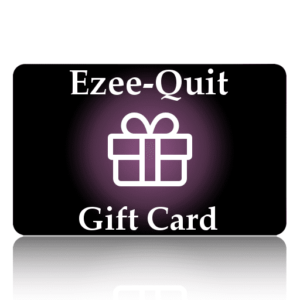